This little circuit amazed me on a number of levels, that's why :-

The original design's claim to fame was that it would fit on a one-inch square piece of PCB material.

That was not an idle boast - it actually did, though on a practical level I didn't find that a one-inch square piece of PCB really lent itself to a practical radio, however, I digress ...

The next amazing thing was that it was so SIMPLE, not much more than a handful of parts.

Next - it seemed to work with just about any crystal I tried it with.

Finally, it was the first time I had ever built a circuit with a VMOS FET output device, what a great device that turned out to be.

As the original article explained, the output of this transmitter must be filtered, as the output from the VMOS device is a tad "hairy" to say the least, and doesn't bear much resemblance to a nice classic sine wave.

So I embarked on a secondary project - to brew up some Chebyshev Low Pass Filters, specifically for use with this rig. 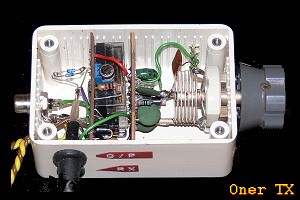 Finally, having come to the conclusion that I had an airworthy rig, I decided that it could do with a semi-automatic TX/RX changeover facility, so I lifted a circuit from "Solid State Design for the Radio Amateur " , and cobbled that together with a Oner Transmitter adapted to fit a nice little ABS box I had kicking around, and put the whole lot together, and had an AMAZING amount of fun with it!

As always with projects of this kind, one learns a number of lessons.   In the this case (no pun intended!) the main lesson was that the use of a plastic case was probably not a good choice.  A QSO with a relatively local station revealed that there was an audible "spacer wave" - there was some output from the transmitter even when the key wasn't down. 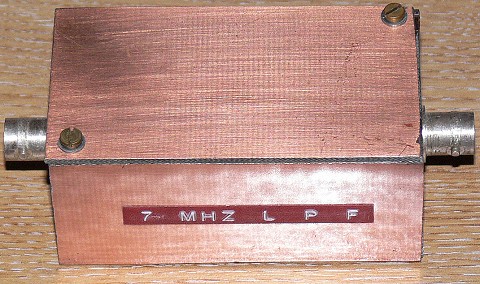 Above: One of the three Chebyshev Low Pass Filters Built for this Project

The reason why I used a plastic case was twofold - firstly it was what I had to hand, and secondly you will note from the circuit that the variable capacitor used to "swing" the transmit frequency away from that marked on the crystal has both fixed and variable plates "hot", that is not at ground.   So if I did use a metal case with the capacitor mounted so that it could be adjustable from the front panel then I would have had to devise a method of isolating the capacitor from the case. However, more distant stations would be unaware of the "spacer wave" so that shouldn't have been a serious problem precluding the use of this cracking little transmitter. 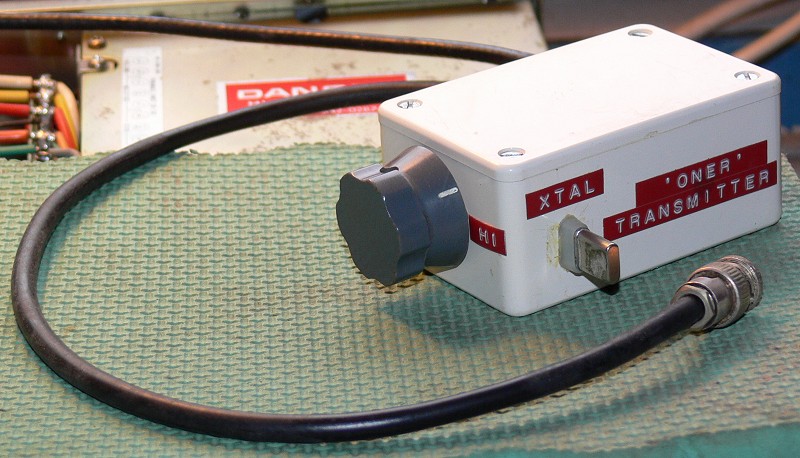